5 Quirky Ways Korea Has Changed Me 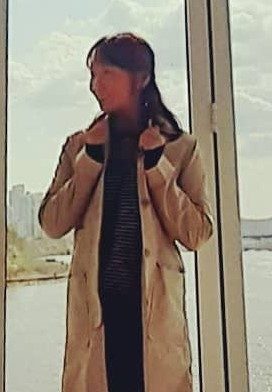 5 Quirky Ways Korea Has Changed Me

People often say that we are products of our environment. That is, the society in which we grew up or currently live, including its culture, politics, etc. plays a major role in shaping the way we think, behave, and speak. Having grown up in the states and making the move to Korea at a ripe age where I’ve more or less become set in my Western ways, I’ve realized, more so, how true this idea is. Here are 5 quirky ways of how living in Korea has changed me.

1. I don’t get as offended (butt-hurt) as before

“You need to lose weight.”

“You look too skinny.”

“You look so tired today”

And my personal favorite: “Are you sick?

By the way, I’m not sick and this is my natural look. I like to call it “a walking nightmare.” Thanks for your concern, though!

Coming from a culture where if you don’t have anything nice to say, don’t say it at all, experiencing this shift was certainly unnerving at first. I know I’m not alone with this sentiment. But neither foreigners nor native Koreans are immune to these carelessly obtuse remarks. In this regard, when the locals make unwarranted and insensitive comments, I don’t take things too personally or question their motives. At least, not as much as before. Rather than allowing myself to feel attacked, I’ve adapted my default reactionary mode to one of neutral observation.

2. I go to the doctor all the time

Well, maybe this is a bit of an exaggeration, but I’ve found that routinely going to the doctor in Korea is commonplace. With Korea’s affordable healthcare and dozens of specialists and pharmacists accessible on every block, it makes sense to get ailments checked out regularly, even if it’s just getting your free biannual health screening.

Back home in the states, first-time visits to the doctor required completing a hefty stack of medical consent and release forms that would make Homer’s original manuscript of the Odyssey blush. In addition to the mountain of paperwork, seeking efficient health care was often an ordeal. Securing an initial consultation, let alone treatment, with a specialist was an obstacle that sometimes translated to months’ long waits.

Taking advantage of the medical system in Korea completely changed my view of healthcare. As an active National Health Insurance enrollee, same-day and virtually paperless appointments with my primary care physician and specialists have become the new normal. Here, I have no financial or scheduling qualms about getting a same-day 6,500 won acupuncture tune-up for pain management or receiving a weekly, 5,000 won 30-minute physical therapy session at the orthopaedic clinic for my recovering sprained ankle.

Admittedly, this one remains a challenge as I’m a technical person by nature and profession. Especially coming from the American culture where saying what you mean and meaning what you say is lauded, accepting a culture of often ambiguous communication is a struggle. The Korean way of “돌려서 말하기” speech, literally, “roundabout speaking” is a language of its own, and one even native Koreans have difficulty mastering.

I’ve had my fair share of experiencing the frustration of navigating life in Korea through the web of vague explanations and circular arguments. So much so, in fact, that I now find myself using the very phrases that were the infuriating sources of consternation! Here are some of the greatest “near-misses”:

Translation: “It’s difficult to perform that + activity or transaction.”

What you think it means: It’s a cumbersome task, but it can certainly be done.

What it really means: The activity or transaction you’ve requested is prohibited and/or impossible to perform.

What you think it means: What? I’m still waiting for you to finish your sentence.

What it really means: That action is ill-advised. (And yes, that was the full statement.)

Translation: “That person is not a good person.”

What you think it means: That person is probably not the speaker’s cup of tea.

What it really means: That person is an evil monger. Avoid that ne'er-do-well.

4. I care less about how I look

In Korea’s undeniably “look conscious” culture, it’s sometimes astonishing how little it seems people care about how they look. Last week at Baskin Robbins, for example, I saw a young lady wearing a crisp white blouse, effortlessly chic cut-off jeans, and faux Gucci slides…and a thick layer of white gel pack all over her face. Her gloppy albeit moisturized face was such a glaring and stark contrast to her overall getup, but reminded me that the locals, like us, enjoy exercising the freedom of being Korea’s “people of Walmart” as they please.

In this vein, I am also less self-conscious about always having to look Apgujeong-ready in this fashion-forward and image-conscious society. Granted, I probably won’t be wearing sweatpants to any one of Seoul’s cute or trendy cafes, especially those in Gangnam proper, but I don’t pay much mind going makeup-free and wearing mismatched ajumma-inspired outfits when going about my daily life.

Paradoxically, I’ve also become more aware of how I can integrate myself in certain social settings without becoming the brunt of suspicion or disapproval. Back home in the states, it was acceptable to be an equal opportunity fashion offender in most situations. Whether visiting the DMV office or dining in a premium casual restaurant, I wasn’t self-conscious about wearing my standard California uniform of jeans, t-shirt, and flip flops.

Here in Seoul, I do feel some pressure to do as the Koreans do to fit in with the crowd, or at least avoid standing out like that one errant corn on your sweet potato pizza. Have you noticed, for example, that Koreans wear the same black suit, white shirt, and black shoes for their job interviews? Or, that many local fitness centers offer members their gaudy gym uniforms for their workouts?

In the past, I have strayed from the norm and worn non-conforming outfits of various textiles, lengths, and (gasp!) colors, but not without some degree of second-guessing myself. And, while most of my wardrobe choices have gone unscathed, I’ve definitely been admonished, albeit in a roundabout way of course, for wearing the occasional pants suit in lieu of a dress or skirt suit or a respectable pair of flats instead of heels.

While external influences can impact how we process and deliver information, we, the people also play a role in changing our environment. Adjusting to life in Korea after living in vastly different cultures will undoubtedly shake up a foreigner’s way of thinking and behaving, but hopefully in more positive ways.

So make the best out of living your expat life in Korea as you increase your mental flexibility, improve your indirect communication skills, and share your own cultural quirks with the locals. Who knows? Perhaps your earnest efforts to understand and appreciate Korean culture may earn you the title of a “good person” as well as greater acceptance within your local community, sweatpants and all.