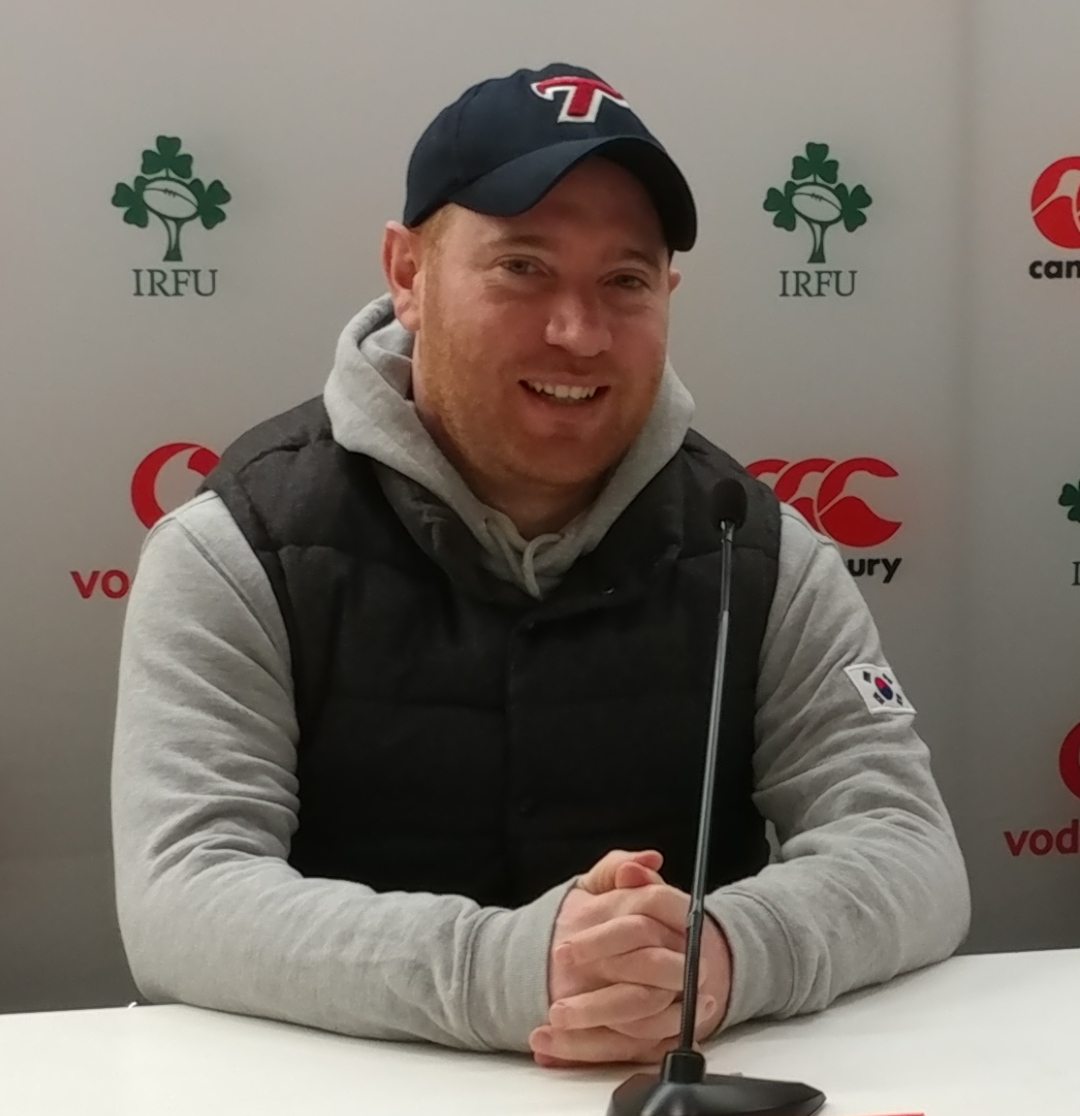 History of the KBO

Traditionally, Children’s Day is one of the most celebrated holidays in Korea. Schools and offices are closed, the weather is usually beautiful and parents take their children to amusement parks, zoos or on trips for the day. At baseball games, children are ushered in to sing the national anthem before every game, with TV directors picking out young faces in the crowd during every break in play.

This year, Children’s Day falls on Tuesday, May 5th, and it will be significant for another reason. The 2020 Korean baseball league season will begin, albeit behind closed doors. All over the world, national and local federations are trying to map out ways to start or resume postponed sporting seasons. Baseball has already begun in Taiwan, and international fans have noticed. This week, it is Korea’s turn.

How the country copes with the start of the season will have a major impact globally. Eyes will definitely turn to Korea to see if what’s been achieved here can be replicated globally. Never before has Korean baseball gained such international recognition. Major news outlets around the world have covered this story and a poll on MLB Trade Rumors showed over 67% of respondents said they will watch the league, even if it is because there’s nothing else to see. ESPN has been in discussions with the organizers to broadcast the league to an international audience.

There are 10 teams playing professional baseball in Korea. Three are located in Seoul (Doosan Bears, LG Twins, and Kiwoom Heroes), and 1 each in Incheon (SK Wyverns), Suwon (KT Wiz), Daejeon (Hanwha Eagles), Daegu (Samsung Lions), Busan (Lotte Giants), Gwangju (KIA Tigers) and Changwon (NC Dinos). Some teams have come and gone, others have changed names, and a few have even changed cities. This is the history of the Korean Baseball Organization.

In 1982, the inaugural Korean baseball league season consisted of just six clubs. Only two, Lotte Giants and Samsung Lions, have not changed names or location since. The Gwangju-based KIA Tigers were originally called Haitai Tigers, LG Twins used to be MBC Chungyong, and Doosan Bears were the OB Bears from Daejeon. The sixth and final team, Sammi Superstars, were playing in Incheon. They often changed names before moving out of Incheon, and eventually went out of business.

Dongdaemun Baseball Stadium, now the site of the Dongdaemun Design Plaza, staged the league’s first game. The original floodlights are still there and the area houses a small museum that is worth checking out. Then president Chun Doo-hwan threw the first pitch on March 27th as MBC took on Samsung Lions. The Bears won the first ever KBO season, and, going into 2020, they are also the defending champions.

The 1980’s mostly belonged to the Haitai Tigers, who won 5 championships, including four straight from 1986-1989. Samsung Lions and Lotte Giants collected their first titles that decade. In 1986, OB Bears left Daejeon for the newly built Jamsil Baseball Stadium in Seoul. MBC Chungyong would join them in a ballpark developed for the 1988 Summer Olympic Games.

The Bears would be replaced in Daejeon by Binggrae Eagles, the 7th franchise to join the league. Sammi Superstars became the Chengbo Pintos first, then the Pacific Dolphins, and, in 1995, the Hyundai Unicorns. Jeonju, in the North Jeolla region, welcomed the league’s eight club, Ssangbangwool Raiders. Sadly, they didn’t hang around too long, ceasing operations in 2001.

Elsewhere, MBC changed ownership to become the LG Twins just in time for the first of the Twins’ two championships to date in 1990. OB Bears were renamed Doosan Bears and, significantly, the ever-changing Unicorns moved across Gyeonggi Province to Suwon. SK Wyverns took their place in Incheon. The Tigers added four more championships in the 90’s, the Eagles won their first (and, so far, only) in 1999 and LG Twins and Lotte Giants added one more each. Neither club has tasted success since.

This was a major decade for sport in Korea. The country co-hosted the FIFA World Cup with Japan and, against all odds, advanced as far as the semi-finals before losing to Germany. The men’s national baseball team claimed gold at the 2008 Olympic Games which catapulted the sport into the national limelight like never before. Baseball, and the league, enjoyed a spectacular rise in popularity to firmly become the most watched domestic tournament.

The 2008 Olympic success also helped to change the atmosphere inside ballparks. In the early years, violence inside the stadium and in car parks was not uncommon. Now, baseball games in Korea are usually a joyous occasion as men and women, of all ages, take part in non-stop singing and dancing.

The 2008 success also paved the way for further expansion of the league and this contributed to franchises looking to move to bigger ballparks. Aside from the SK Wyverns joining the league and Raiders going out of business, the Unicorns won 4 championships in total and disbanded. A new club took their place, this time playing out of Mokdong in West Seoul. Like the Unicorns, this new team, Woori Heroes, would go on to frequently change names but they are now established as one of the best teams in the league.

Haitai were forced to sell the Tigers in 2001, who are now owned by KIA. They ended a 12 year wait for a championship, winning their tenth title, in 2009. Either side of this, the newly founded Wyverns won three titles and Samsung Lions finally arrived as a major force in the league. Going into 2010, the league had 8 teams but those running the game wanted more. The next decade saw huge changes to the league in Korea.

On the field, 2010-20 has belonged, primarily, to two clubs. Doosan Bears and Samsung Lions. The Bears have been in every Korean Series (KBO’s version of the World Series) since 2015, winning three and losing two. Before that, the Lions won 4 straight championships, matching the achievements of the great Tigers side from the 80’s. SK Wyverns (2010 and ’18) and KIA Tigers (2017) shared the other three.

In 2013, the league began a new phase of expansion by admitting NC Dinos in Changwon. Arguably the most destructive batter in the league’s history, Eric Thames, spent three seasons with the Dinos. He blasted 124 home runs, hoovering up a bunch of personal accolades along the way. Thames was also the first foreign player in KBO history to hit for the cycle twice in one season. In his final year, the Dinos advanced to their first Korean Series, losing to the Bears.

Having nine teams, of course, meant one team sitting out a two or three game stand, so the league prepared to bring in its tenth team. Suwon, former home of the Unicorns, was chosen as the city for the newest franchise. The Wiz spent 2014 playing in the Future’s League (KBO’s minor league) and then joined the league proper for the 2015 season. The new club has struggled but in 2019 finished in 6th position, just missing out on the play-offs.

Seoul’s third team, originally the Woori Heroes, are now Kiwoom, and they play at Gocheok, the country’s first domed ballpark. Samsung Lions, KIA Tigers and NC Dinos have all built new ballparks in recent years, while KT Wiz and Hanwha Eagles have made some moderations to theirs. There’s talk of a new ballpark in Seoul for the Twins and Bears, but nothing has been finalized. Future expansion to, say, 11 or 12 teams, is highly unlikely for the foreseeable future.

The successes of the league mean more Korean players are moving from KBO to MLB. Previously, the likely route was from high school to the US or Canada. However, in recent years, players are excelling in the league to earn contracts in the Majors. Stars such as Ryu Hyun-jin, Park Byung-ho, Kang Jung-ho and Lee Dae-ho have traveled across the Pacific.

Ryu is now with Toronto Blue Jays, and he’ll be joined in the Bigs by former SK Wyverns left-handed pitcher Kim Kwang-hyun, who signed with St. Louis Cardinals. Also, as shown by Thames, Josh Lindblom and Travis Blackley for example, KBO doesn’t have to be a retirement league for international players. Perform in Korea and there could be the possibility of a new deal in the Majors.

Currently, each team plays a total of 144 games per season. There is no baseball on Mondays and rarely are there double-headers. There’s usually an All Star break in July but because of Covid-19 and the rescheduling of the league, there will be no All Star game in 2020. In the first half of the season, teams play each-other in three-game stands (Tuesday to Thursday and Friday to Sunday). In the second half of the season, games are moved to two-game stands. Start times midweek are 6:30pm, and either 2pm, 5pm or 6pm at the weekends, depending on the season.

Doosan Bears are defending KBO champions. They swept the Heroes to claim their 6th title in 2019. The top 4 teams last season are all based in Seoul or Incheon with the big provincial clubs, Tigers, Lions, Eagles and Giants all occupying the last 4 spots on the table.